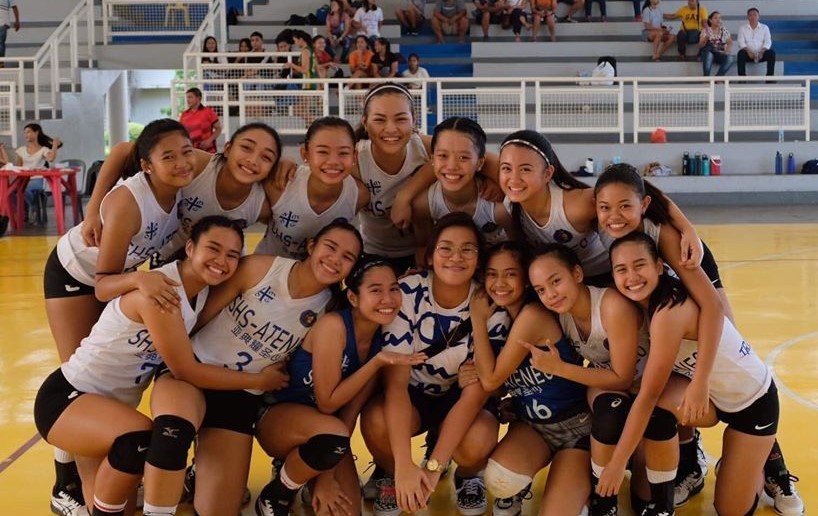 By Emmanuel B. Villaruel
From The Freeman

CEBU, Philippines — With basketball in timeout mode, the Cebu volleyball scene takes it turn to make some noise after Kirstin Louise Acebis Ojeda of the Sacred Heart School-Ateneo de Cebu (SHS-AdC) and Ricalie Alukso of Arcelo Memorial National High School in Liloan have committed to the University of the Philippines (UP)  Lady Maroons under Kenyan coach Godfrey Okumu in the UAAP.

The 5-foot-9 middle blocker/open spiker Ojeda and the 5-foot-6 opposite spiker Alukso have varied reasons why they chose to be part of the State U’s women’s volleyball team, which has Cebuano players Stephanie Bustrillo of Medellin, and Justine Dorog and Maria Lina Isabel Molde of Catmon in its current roster.

Ojeda, a consistent Mythical Six member and Most Valuable Player with the SHS-Ateneo Magis Eagles in various tournaments they joined around the Visayas region during her high school days, said UP has always been her dream school.

Fate seemed to have conspired with Ojeda when she was spotted by Okumu in an invitational tournament in Bacolod City two years ago. “Coach Okumu wanted to recruit me even if I was still an incoming senior high school student but my parents didn’t agree because they wanted me to graduate in Ateneo de Cebu,” said Ojeda. “But even if I didn’t transfer to Manila for senior high school, coach Okumu would contact me once in a while to ask how my training’s going and how I’m doing. What I liked the most about coach is that he stayed true to his words.”

When the opportunity to play for UP finally comes her way, the 18-year-old Ojeda hugged it tightly. “There’s always a time for everything. There’s no need to be in a rush because what’s destined for you will always be for you. No one can take that away from you no matter the circumstances,” said Ojeda.

“UP has always been my dream school. I followed my heart that made me decide to choose UP for college,” added the 18-year-old head-turner who was born in Cabadbaran City, Agusan del Norte but grew up in Lapu-Lapu City.

For Alukso, a multiple MVP winner who represented Cebu Province in the Central Visayas Regional Athletic Association (CVIRAA) Meet three times, she believes in UP’s extensive volleyball program as attested by her former Arcelo teammates Tethys Taneo and Jum Marie Gayo who are reserves of the Lady Maroons for now.

“I decided to play for UP because of their training program, and also because of my former teammate’s positive feedback about the team,” said Alukso, whose love for volleyball was sparked while watching the games of Ateneo superstar Alyssa Valdez some years back.

As they are about to enter the Diliman grounds as an Iska, Ojeda and Alukso vowed to give their best shot to the UP community not only in the pursuit of their athletic dreams but also in the fulfillment of all their aspirations in life.

“I promise to lift the name of UP with honor and pride and to give my best to my future university. I want to finish my studies while pursuing my volleyball career,” said the Yati, Liloan-native Alukso. “Wherever life leads me, I hope to be guided by my principle that is to always keep my feet on the ground and look back to where I’ve come from.”

The same goes to Ojeda. “I promise that I’ll do everything to the best of my abilities, and that I would be a great help to the team,” she said.

In her budding career, Ojeda said she’s very grateful for the all-out support of her family, her number one cheerleader and source of inspiration. “My family has always been my No.1 inspiration to keep on moving forward in life. They’ve been with me ever since Day 1. They’ve been with me through all the rough and good times. They inspire me to become a better person, a better daughter, a better sister, a better friend, and a better athlete,” said Ojeda. “There may be times wherein I would find myself facing a hard time, but the love and support of my family keeps me motivated.”

Pressed on her ultimate goal, Ojeda offers a quite unique, yet meaningful reply. “My ultimate goal is to find happiness in everything that I do. Being a student-athlete may be hard but it’s because of the sport where I find comfort. As an athlete, there really are times wherein you would find yourself stuck in a hard time that’s why you have to keep your head up high,” shared Ojeda.

“Happiness is an important factor when you’re an athlete because if you don’t enjoy or if you aren’t happy about what you’re doing, you won’t find yourself successful within that certain field. You won’t be able to grow as a person and improve as a player,” Ojeda ended.