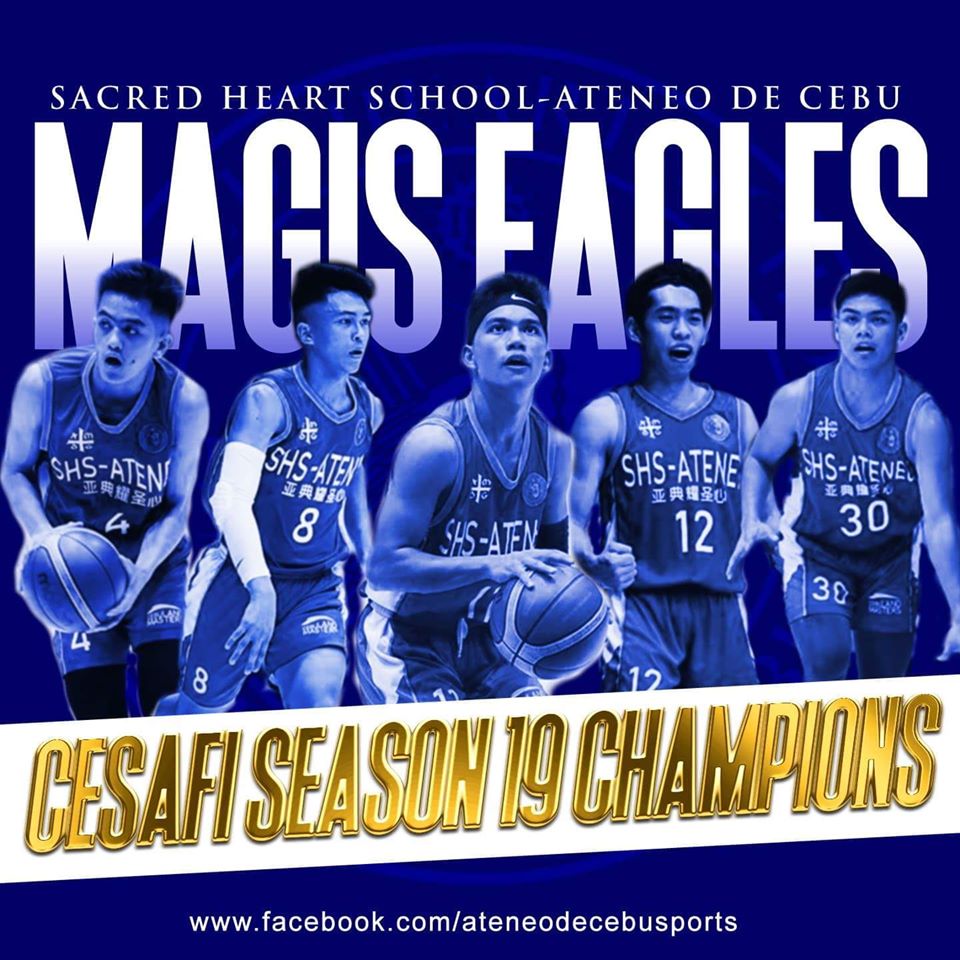 The Sacred Heart School-Ateneo De Cebu Magis Eagles basketball team trumped the University of Cebu Baby Webmasters with a 55-52 win at Game 2 of the CESAFI juniors basketball final. The game was held on Thursday, November 21, 2019, at the Cebu Coliseum.

The Magis Eagles dethroned the Baby Webmasters by winning 2-0 in the best-of-three series.

A tight from the very beginning, SHS-ADC and UC trumped each other point after point, culminating in half-time score of 25-30 in favor of the Baby Webmasters.

The Magis Eagles spread their wings further for the latter half of the game, soon tying with the Baby Webmasters by the fourth quarter. The thrilling finale began with a tie of 50-50, which was quickly upped by a 2-point layup from UC’s Vanvan Savallejo. A succession of swift shots from SHS-ADC’s LA Casinillo sent the Magis Eagles score soaring to 55-52, with the buzzer cementing their win.

SHS-ADC’s LA Casinillo was named the CESAFI high school basketball tournament’s Most Valuable Player, while his fellow Magis Eagle Ariel Dinglasan was recognized as the top scorer of the game with 19 points.

Closing the game, the Magis Eagles team sang the SHS-ADC school hymn with their teacher, schoolmates, and supporters in the audience.