CEBU, Philippines —  At this point of time wherein movements are still limited and sports activities remain at a standstill, Magis Eagles TV kept Cebu basketball abuzz with its  ground-breaking show featuring athletes talking about anything under the sun.

“The basketball community of Ateneo de Cebu is a closely-knit family composed of the players, coaches, and the parents,” said Baron.

“With the mandated social and physical distancing required under the COVID-19 pandemic, we wanted to maintain the camaraderie even through social media, to remain updated ourselves of the goings-on of the players of Ateneo and from other schools, and get to know a different side of our players,” he added.

Launched last July 3, its pilot episode was spotlighted by University of the Philippines (UP) Fighting Maroons players Janjan Jaboneta, Pio Longa and Noah Webb in the UAAP.

“Our players and those from other schools surely miss playing with their teams, their coaches, and hearing the cheers from the fans rooting for their favorite teams,” said Baron. “We hope that even in social media, we can maintain this connection in the community, where the players see on Facebook their teammates, players from other schools, and have their supporters touch base.”

Magis Eagles TV is shown live on the Facebook page of Magis Eagles Basketball Team every Friday at 7:30 pm.

For its fourth episode on July 24, small but terrible point guards Kyle Ochavo of the University of Southern Philippines Baby Panthers, Kendall Limana of the Southwestern University-Phinma Baby Cobras, Zylle Cabellon of the University of the Visayas Baby Lancers, and Justin Maglasang of the Magis Eagles will grace the weekly show hosted by Hejie Suralta and Eunilyn Chua.

The math coordinator of Ateneo de Cebu, Suralta is also an accomplished photographer who has extensively covered basketball events particularly in the Cebu Schools Athletic Foundation, Inc. (CESAFI). Apart from his dedication to teaching, he is equally passionate about basketball.

Chua, on the other hand, is an english teacher and the student activity moderator of AdC. Her eloquence in english and her natural talent in hosting made her a favorite host in school activities for the longest time. She’s always been in tandem with Suralta. 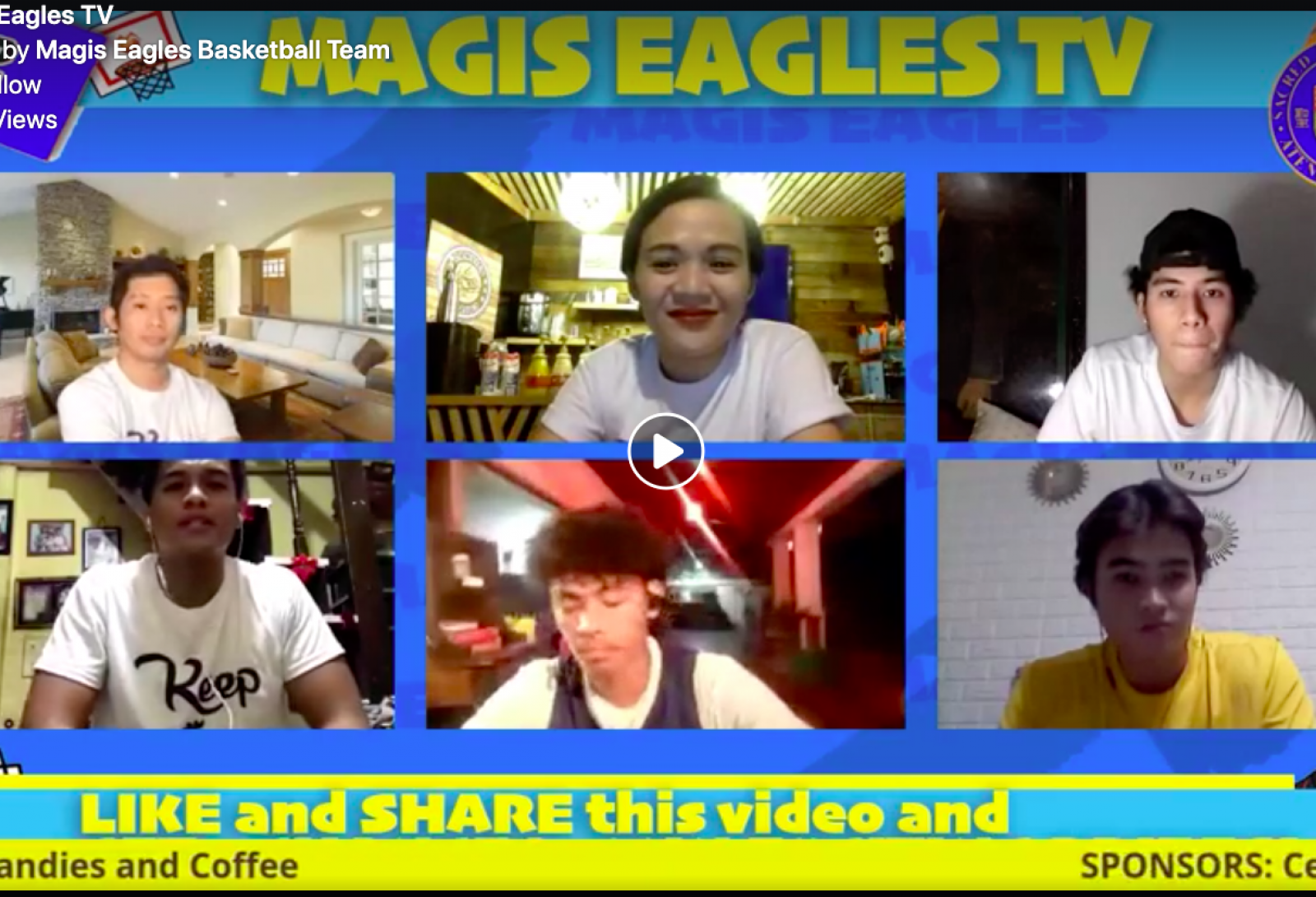